A toast to ‘Freedom’ 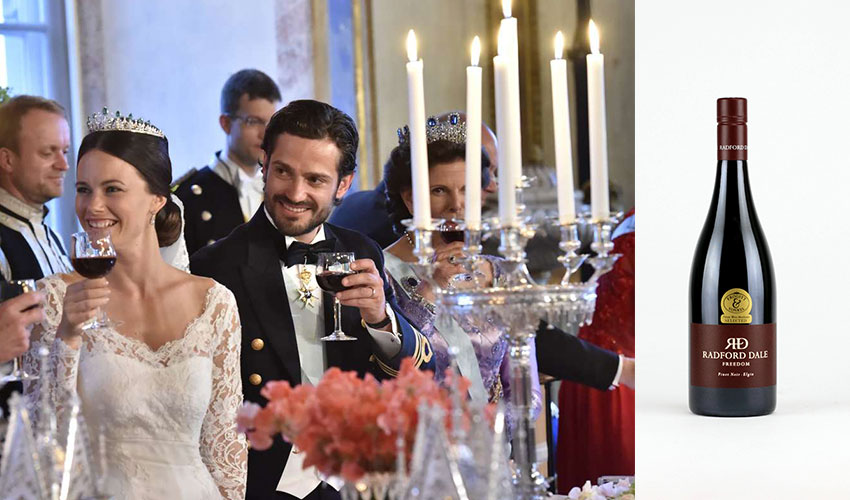 South African produced Radford Dale, the premium label from The Winery of Good Hope has been a firm presence on the Frogitt & Vonkel wine list for over 10 years now.

Ever since the label’s inception, proprietor Alex Dale had been conscientiously perfecting the art of producing Pinot Noir to world-class standards, driven by his love of French Burgundies. He grew-up training in the vineyards and wineries of Burgundy, where arguably the world’s finest Pinot Noir is produced.

Striving for Freedom
All of Alex’s time and effort has resulted in an exceptional Pinot Noir called the ‘Freedom Pinot Noir’. Full of passion, the wine is named in honour of Alex’s reasons for leaving France for South Africa. In 1994, shortly after Nelson Mandela’s election as the first President of the new South Africa, Alex – our die-hard pinot-file, felt the need to escape the extensive regulations and red-tape of producing wines in Burgundy, and sought the freedom that is afforded wine makers here in sunny South Africa.

A royal affair
In June 2015 all of Alex’s hard work, training and dedication paid off when the Radford Dale Freedom Pinot Noir was selected as THE wine to accompany the main dish at the Royal Wedding Banquet in Sweden when Prince Carl Philip and Princess Sofia were married.

The King of Sweden personally selected Freedom for his son and new daughter-in-law’s wedding banquet that took place in Stockholm on June 13th 2015. The wine, that was already a regular on wine list for the Royal Court’s formal dinners, secured the spectacular place of honour at the banquet over a number of well-known and established Burgundy producers after a special tasting convened by the King and his Sommelier several weeks prior to the wedding. As luck would have it Alex Dale was already travelling on business in Europe and so was able to attend the tasting at the Royal Court personally.

A majestic pairing
The wine was served to guests with fried, lightly cured Hjälmaren pike-perch with grilled spring vegetables, caramelised crème fraiche and smoked butter a delicious combination!
Our current stock of Freedom is selling for R270 per bottle including VAT, excluding delivery. Stock is limited so order online now [link to wine] or call your Private Wine Merchant today [click to call].