Beat Musfeld and his wife, Heidi fell in love with South Africa whilst visiting in 1995 and decided to buy Onderkloof in 1997.  The first vintage was produced in 1999 in their newly built wine cellar.  In 2012 Musfeld’s son, Yves, became the head winemaker.  At age 16, Yves started an apprenticeship which lasted for three years in a Swiss wine cellar.  He was also an assistant winemaker during numerous harvests around the world, being Switzerland, South Africa, Spain and the States.  Onderkloof consists of 12 hectares of ocean-facing vineyards located on Schapenberg’s Southerly slopes.  All grapes are hand-harvested and the naturally low yields ensures for high-quality wines. 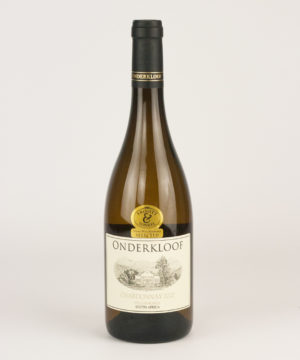