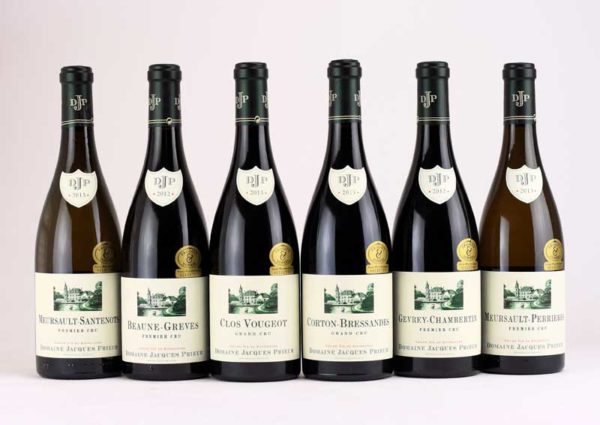 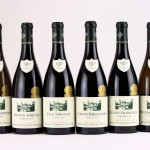 A rare collection of difficult to obtain top-flight Burgundies from one of the Kings of Burgundy. Perfect examples of Chardonnay and Pinot Noir spanning Premier and Grand Cru’s.

Each Prieur Power-Pack contains one bottle each of the below. The wines were chosen to give the owner a wide range of whites (two bottles) and reds (4 bottles) from both Premier Cru (4 bottles) and Grand Cru (2 bottles). The white wines are Chardonnay, whilst the reds are Pinot Noir. All are exceptional “best of best” examples of both cultivars, and Burgundy as a whole.

Meursault Perrières 1er Cru 2013
“Perrières” is the vineyard most often touted as the natural candidate for a possible promotion to Grand Cru.
The terroir is packed with limestone rocks that give wine remarkable minerality, more than all the other Premier Crus of Meursault. Resembles the great wines of Puligny, the village neighbouring this vineyard. Just 2,400 bottles produced (200 12x750ml cases)

Beaune Grèves 1er Cru 2013
Beautiful vineyard plot overlooking the city of Beaune. Clay-limestone soil with a predominance of Grèves (small pebbles) and sand. The silica in the sand stores warmth from the sun and is an important factor in ripeness. The wines are noted for their elegance and fruit.

Gevrey Chambertin 1er Cru 2012
A famous appellation. This is a 1er Cru through choice, as the vineyard itself is entirely classifies Grand Cru. As a result, for the drinker, it offers great value for money. The soil is rich in organic and mineral material, and clay. Vines are old and densely planted to encourage competition amongst the vines, limiting yields and producing fruit of great concentration.

Corton Bressandes Grand Cru 2013
Situated on the hill where the Grands Crus of Corton are located. The south-east facing vineyards and slight slope ensure perfect ripening. Soils are heavier here than further uphill consisting mainly of clay and small amounts of limestone. Aged entirely in oak barrels for 19 months.

Clos Vougeot Grand Cru 2013
The crowning glory of the Power-Pack. This 50-hectare clos (walled vineyard) was created by the Monks of Cîteaux. Their cellar was located in the Château du Clos Vougeot, which is now the headquarters of the Confrérie des Chevaliers du Tastevin. Produced is extremely small quantities of mostly 750ml bottles with a few (unobtainable 1.5L) magnums. The wine ages for 17 months of in oak barrels deep in the cellars of Domaine Jacques Prieur.