The perfect food and wine pairing 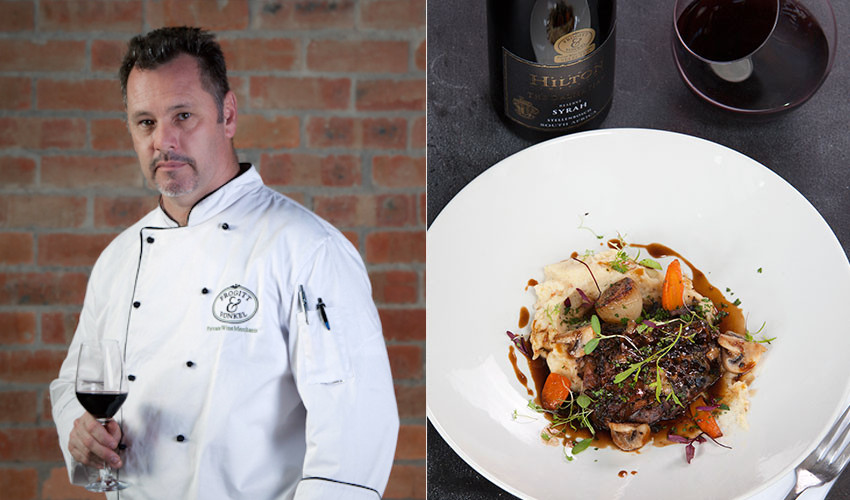 When Frogitt & Vonkel owners; Clare and John Woodward first moved to South Africa in 2004, one of the first friendships they made were with Chef Craig Cormack and his wife, Heather. At the time Craig Cormack was the Executive Chef at the nearby Village Hotel at Spier Wine Estate. John fondly recalls; “I remember attempting one of my first ever fillets on the braai and Craig came up to me at the fire, sliced off a piece of meat and placed a dollop of mustard and chunk of camembert on top and said ‘taste this’. It was utterly delicious and a complete revelation to me – I haven’t served fillet any other way since!”

Since the inception of their friendship, Craig’s career has gone from strength to strength, and today he is a veteran of the kitchens of some of Cape Town’s top restaurants having been a founding partner in Overture Restaurant with Bertus Basson and the owner of Sophia’s Restaurant at Morgenster.

Craig has been in hospitality industry for nearly 30 years starting with an apprenticeship in Zimbabwe where he assisted his chef in preparing food for 52 different presidents of Commonwealth including heads of state and the Queen of England. Craig then spent 16 years working in Cape Town’s top 5 star hotels including the Village Hotel, Ellerman House and the Cape Grace.

Craig has also been involved with the South African Chefs Association since 1987 and has been a committee member and the Vice- Conseiller Culinaire in the Chaîne des Rôtisseurs in the Western Cape.

Now considered part of the Frogitt & Vonkel family, Craig has personally created the menus and prepared the food for numerous company celebrations, which is why, when we decided that we wanted to offer delicious but approachable food and wine pairings on our website, Chef Craig Cormack was a natural choice to join us as our ‘Consulting Chef’.

Of the partnership Craig says; “I am very excited about this new opportunity! I have always been impressed by Frogitt’s ability to find some of the real gems in the Cape Winelands and from overseas. Their wines are always delicious and a pleasure to cook with… but are also fantastic to just drink and enjoy!”

About the food and wine pairings
We have started with an initial set of 17 pairings that are all available on our blog [link to blog tag of wine pairings] and we aim to have a recipe for every wine we sell by the end of 2016.

When creating the initial set of pairings our first action was to ask the winemakers and farm owners for their recommendations, or better yet, for any family recipes that they themselves have served with the wine. Chef Craig then edits the recipe provided and prepares the dish for tasting and for photographing. When there have been no actual recipes to pair with a wine, Chef Craig has personally created an entirely new dish specifically to match with that unique wine and its characteristics.

We hope you enjoy the pairings!